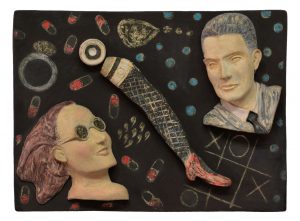 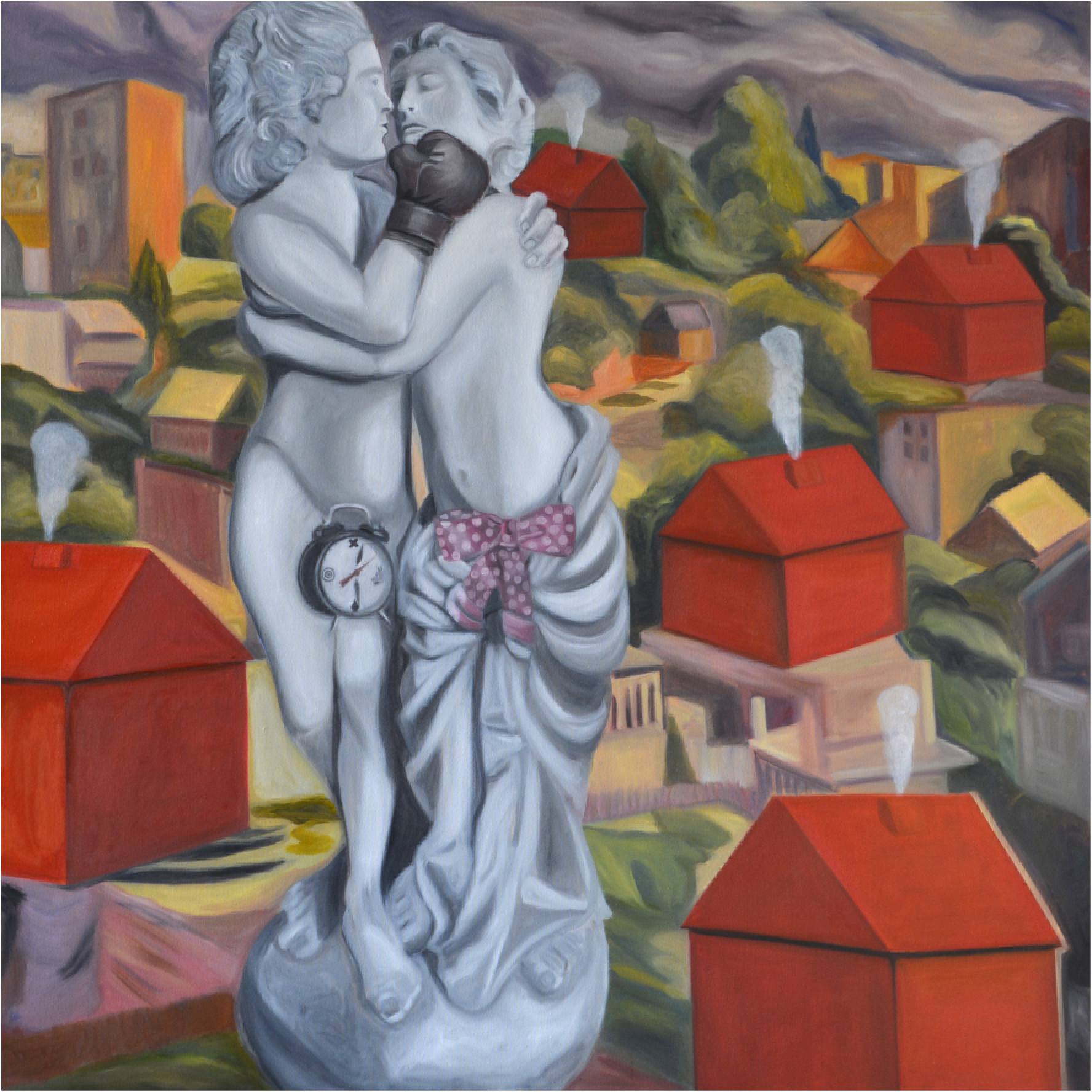 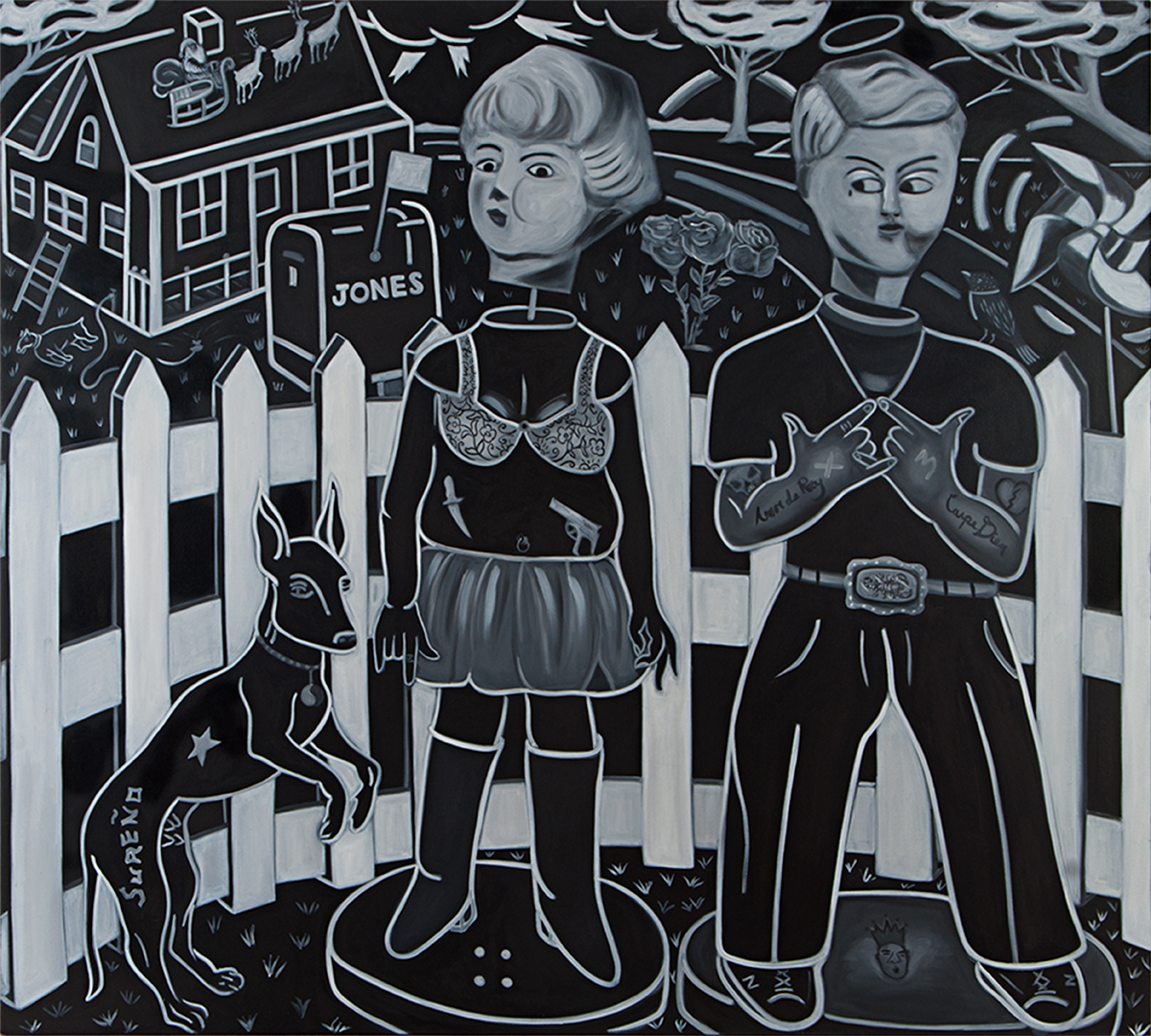 Constelations and Hope in the Field 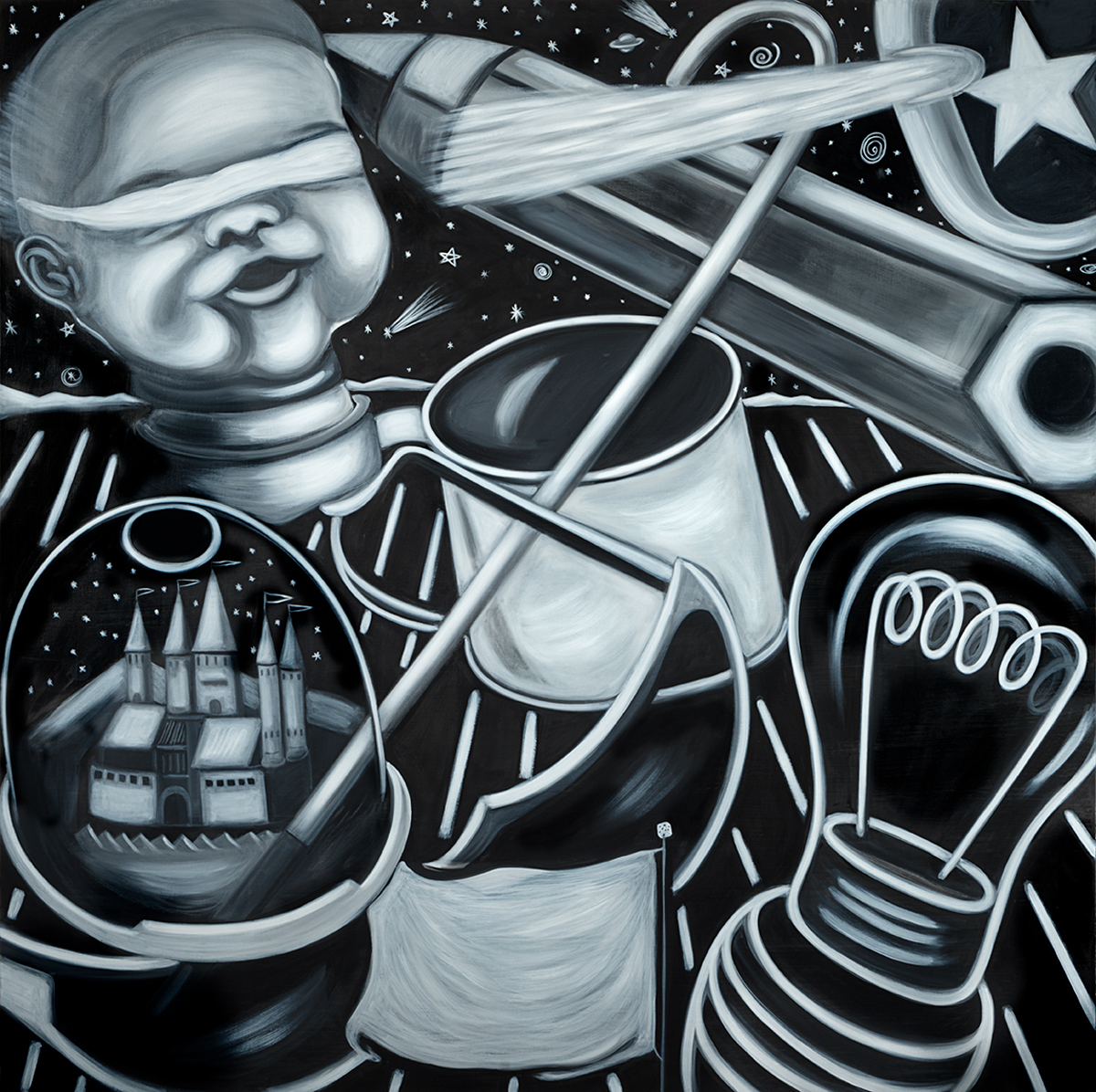 Barry Wolfryd was born in Los Angeles, California but he has conducted the major part of his artistic carrier in Mexico, where he has lived for the last 35 years. The influences of sixties music from Dylan to Frank Zappa and the New York art scene inspired Wolfryd to carry out his first creative trials. These experiences developed an ideological base that he would bind with the culture by means of historic consciousness and social critique. Wolfryd began his artistic studies in 1972 at Housatonic Community College in Bridgeport, Connecticut, U.S.A. At 22 years of age he moved to Mexico, arriving in Cholula, Puebla and commencing his studies at the Universidad of the Americas. In 1975 he enrolled at the Instituto Allende in San Miguel Allende, Guanajuato, Mexico. In 1982 he studied at the Chicago Art Institute and in 1984 at the National Institute for the Arts in San Luis Potosi, Mexico.

In 1985 he moved to Mexico City where he broadened his artistic activities. He was present during the earthquake of September 19 of that year. From this tragedy artist and art in Mexico took a historical turn of events. Wolfryd became an active player in the new vision and dynamic that overtook the “Nopal Curtain”, established by the previous generation of artist such as Cuevas and Tomayo.

By 1986 he had his first major individual exhibition and began to participate in national and international exhibitions in Mexico City, Chicago, Dallas, San Antonio, Los Angeles, New York City, and Rome.

In 1987, he started collaborating with Salon dés Aztecas, an artistic group who established a break with the dominant trends of the visual arts in Mexico by taking public spaces and buildings to transform them in collective intervention projects. “The Taking of Balmori”, “El Ruele” and “El Vizcaina” were just a few of these projects.

He founded in 1998 the experimental space Out Gallery, along with Salon dés Aztecs, The Zone and La Quiñonera, these spaces helped create one of the most dynamic artistic phenomena of Mexico City.

During a season in Los Angeles, California (2005-2008), he opened a workshop at The Brewery, a conglomerate of more than 150 studies of artistic creators. There, by incorporating elements, icons and symbols of his hometown, his work took a new direction, with a political approach and anti consumerist issues.

Between 2008 and 2011, back in Mexico, he realized a new painting series, Stories in Shadows, Honey I’m Home and Transferences that documented interpersonal relationships, absurdities in life and the violence gripping the country, resulting from the activities of organized crime.

In 2013 he finished a series of four large portable murals on canvas, wood panels and one in ceramic tile for a corporate group that will be displayed at an upcoming date.

Since 2014 to date, Wolfryd has begun to produce works and exhibit more frequently in Europe. In the summer of 2014 he produced a series of glass sculptures in Murano, Italy at Berengo Studios. In the fall of 2014 he exhibited at Simon Willam Gallery in Berlin, in 2016 at the Ugo Cara Museum of Modern Art in Trieste, Italy. Currently he has an individual exhibiton of new works at the Museum of Technology at the Real Fábrica de Cristal (Royal Atelier of Glass), La Granja, Spain, from June of 2017 till January 2018. He has been invited to exhibit at the Museum of Contemporary Glass Art in Alcorcon, Spain, May 2018.

My recent work has expanded its focus on the conciliation of different dichotomies that get their strength from everyday life. The work shows an interest to analyze objects as symbols and displace the context so to expand my semantic field. I appropriate the objects and personages from popular culture, whether local or foreign and reinvent them in a way that explodes in reflection.

It is my pursuit that my canvases become an “absurd” narrative for us. The icons and objects in my work are part of a larger internalization, which catapults us to what is both evident and unpredictable. The paintings, even in black and white, must demonstrate how art is capable of revealing colorful contemporary “life situations” to us --- and acknowledge(s) the human ironies that we are encompassed in.

Even though I explore distinctive themes, the basis for all of my work is the portrayal of elaborate symbols, icons and objects that we recognize consciously or intuitively across the globe. We are all inextricably linked in a chain of popular images that identifies “culture.” Human history is a common story, and because of this, we share the ability to interpret symbolic elements that represent our heritage.

The work generates and investigates the exploration and exploitation of “human symbology”, the many “forms” of how we relate to ourselves, and others, in the world. My ongoing interest in the human and cultural aspects of our lives corresponds with the concept that art can mirror and reflect reality. I feel it is my job to “awaken minds” to fleeting governing laws by virtue of playing pictorial detective. By challenging the social norms of world cultures, I hope to bring to attention our complex natures and humanity.

Currently I’m exploring more three-dimensional pieces, (objects, ceramic and glass) extracting the symbolic and iconographic imagery from the paintings. Creating a more tangible environment so has the spectator may be able to challenge or observe the perspectives about our qualities of culture and history in a world were transgression and transition are changing peoples cultures, national identities and the resistance that comes with any change.