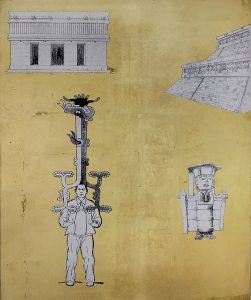 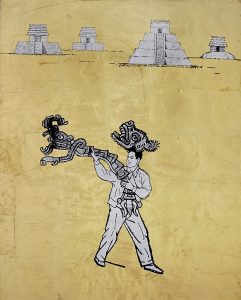 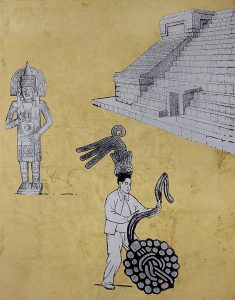 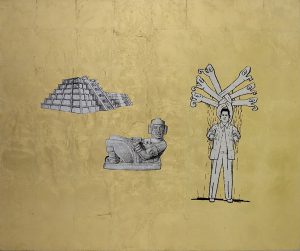 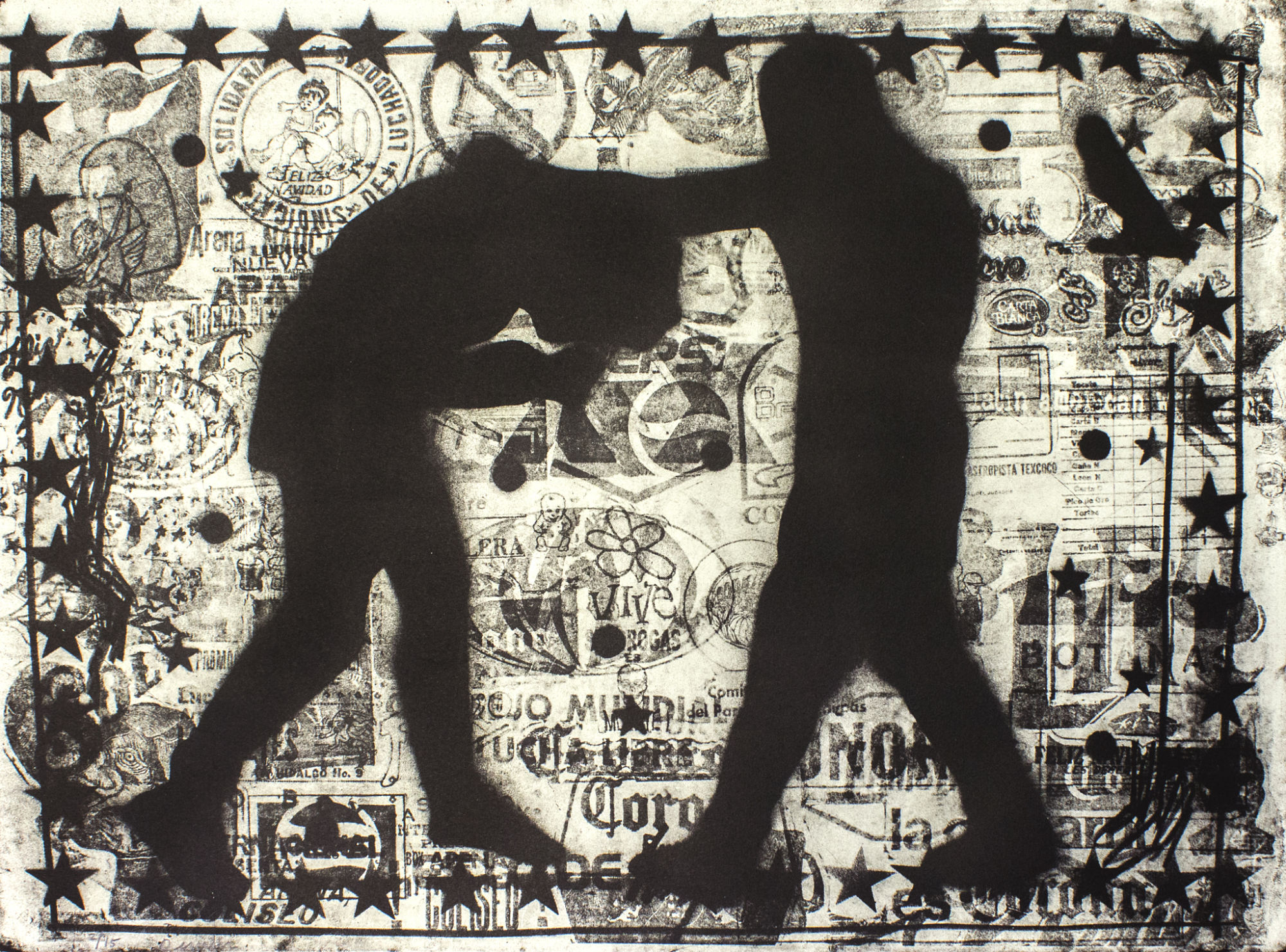 Demián has a degree in Visual Arts by the faculty of Arts and Design of the UNAM. Along his career he has had different scholarships and artistic residencies such as the award of the artist in residence of the Mex/Am foundation Vermont Studio Centero 2004, the scholarships of residency of the government of France and México in“La Cité des Arts” Paris, France (2002), scholarship of residency visiting Arts/Arts Council/University of Essex in London Print Studio (2004), scholarship Young Creators of FONCA (1999-19995), scholarship Pollock Krasnet Foundation, New York, U.S.A. (2006) and the scholarship National System of Creators of FONCA (2010 – 2013). He was a tutor of the graphic area of the program Young Creators generation 2008-2010. Founder and director of “Centro Cultural La Curtiduría A.C.) a center of production and artistic creation in the city of Oaxaca that has an academic program CEACP and the “Taller Gráfica Actual”; such as “La Cebada, Arte y Comunidad en la ciudad de México.

His work can be fin in the collections of the British Museum, Chelsea College of Arts and the Essex Collection of Latin American Art in England., in the Museum of Latin American Art (MOLAA) and USC Museum Fisher of Arts in Los Angeles, U.S.A., in Hangar 7, Salzburg, Austria., in the Museum of Contemporary Arts of the UNAM, (MUAC) in Mexico City and in the Institute of Graphic Arts of Oaxaca, México, among others.

Currently he is member of the National System of Art Creators of FONCA – CONACULTA.

Ligths in a Mirror

What is it we do over and over again but to look for our selves, recognizing ourselves in what we are? In his book, Requiem Taurino (Bullfighting Requiem), Jorge F. Hernández tells us, “The history of Mexican bullfighting consists of reproduction and reflection, difference and divergence… It is the monumental and archaic shaft where, each Sunday, a transatlantic game of mirrors gets redefined…” I would add: where day-to-day our vast culture is simultaneously refracted and reflected. If art is the mirror of what one is, memory is woven around identity, and it is around identity that what one has lived becomes visible. Juchitán (Oaxaca) is the mirror of its own history, rituals and legends. It is perhaps the sum of those experiences that makes it possible for the unimaginable and the intangible to exist. It makes it possible for us to redirect reality and to create our own visions.

By a decree published on 4 September 1826, bullfighting was forbidden in Oaxaca. In 1922, the state’s governor, general Manuel García Vigil, promoted article 151, which limited those spectacles that ran “contrary” to culture and morality. Bullfighting appears on that list. Notwithstanding such legislation, from the 1970s well into the new millennium there was a venerable bar that could be visited in the city center at Juchitan, called El Taurino. It was located at the corner in front of the marketplace, on the side of the Municipal Palace. Its walls were full of bullfighting posters, stuffed bullheads and bullfighting paraphernalia such as capes, suits, photographs and souvenirs.

There was something that seemed to connect that visual microcosm with the surrounding reality. It was perhaps that the bulls let loose on the festivity of San Vicente Gola intermingled with the stuffed bullheads and the photographs of matadors hanging from the bar’s walls –objects that brought back memories of events that took place on distant arenas. But perhaps it was rather that the golden figures embroidered on the ornamental finishing of the bullfighters’ suits had an echo on the elaborate trimmings of the skirts, blouses and Manila shawls that the attending ladies wore. It was thus that the transatlantic mirror was conjured in what F. Hernández would call “unavoidable reflections and distortions, since the refracting and reproducing game has to do with numerous aspects of both cultures”.

I would always see my grandmother Manuela wearing her typical Juchiteco dress: huipil blouses and wide skirts profusely embroidered with flowers or vegetable motifs. At the big parties, she also wore two plaited golden chain necklaces from which gold coins and ornaments hung. Perhaps, when we admired those bullfighters’ “suits of light” on the walls of El Taurino we were also gazing at a mirror reflecting our women, in an effort to find feminity in the Other, in those flamboyant 18th-century Madrid types, called Manolos, whose garments became the exclusive attire wearing Manila shawls and echoing our similarities and our differences.

There is much that could be written, remembered or imagined about the insoluble links between the garments typical of my land, Oaxaca, and the lavish matador suits. Held by memories from my childhood and adolescence in Juchitán, rather than passing judgment on the current pertinence of bullfighting, those links crystalize like a mirror in which I look at my reflections surrounded by the lights and shadows of the mestizo story, one of endless crossbreeding.