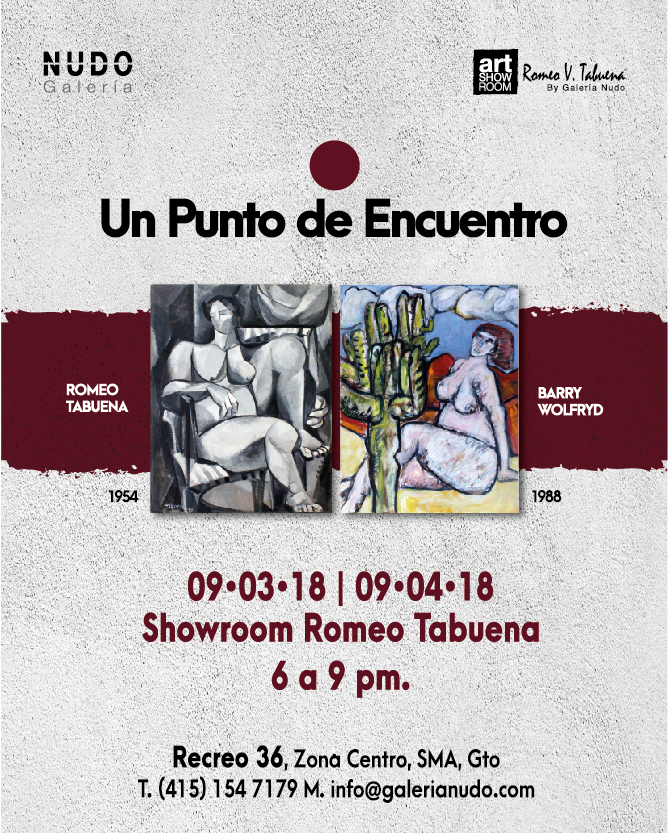 A new meaning for the portrait and the landscape

It was in the turbulent sixties and under the unique light of San Miguel de Allende. The Philippine painter Romeo Tabuena (1921-2015) had already been working in the city for twenty years, reinventing his own work, influenced by the Mexican muralist movement. The American Barry Wolfryd (1952) arrived in San Miguel in 1975 almost by accident to shape himself as a painter. Both artists converged at the Instituto Allende, forming part of the intense and vibrant atmosphere created at the time. Later, Tabuena continued consolidating his career in San Miguel and Wolfryd would do so in Mexico City.

The exhibition, Tabuena and Wolfryd—A Meeting Point: A new meaning for the portrait and the landscape explores moments of concurrence and divergence between the discourses of these two artists who were marked by San Miguel de Allende, by modernism and by a society that had that had undergone the conflicts over civil rights and the war in Vietnam, over unbridled consumption, the Internet era and the environmental movement.

Constituted by more than18 pieces, above all by portraits and landscapes in watercolour, oil, acrylic, tempera and mixed media, Tabuena and Wolfryd… tells the story of the meeting, in San Miguel de Allende, of two generations, two distant geopolitical conceptions and two temperaments, both fascinated by Mexico, both focused on the here and now of the people, that is, on the human condition.

An outstanding member of Philippine Neo Realism, Tabuena settled in San Miguel in 1955, where he lived until his death. Following advice from David Alfaro Siqueiros to never forget his roots, he combined local subjects with those of his homeland. In some portraits he is depicted in his studio dressed in a suit making a painting that evokes the work of Rufino Tamayo. Tabuena is considered one of the most important Philippine artists of the twentieth century; the INBA honoured him in 1995 after 40 years of residence as an artist in Mexico and again, with the exhibition Millennium, organised in conjunction with the Philippine Embassy in Mexico.

In Wolfryd’s case, this exhibition marks his return to San Miguel, as he has become a mature painter with a refined and extraordinary voice. The exhibition shows how his first brush strokes—he was still a long-haired hippie in cowboy boots—were full of psychedelia and a certain folklore founded in Francis Bacon. With time, he shaped a personal vocabulary related to Pop Art and based in symbols and icons. Today’s “social commentaries” are charged with humour and a troubling conceptual gymnastics about the coexistence of the Mexican and American cultures in the theater of global decadence. Although he did not get advice from Siqueiros, he never forgot his roots. His work has been shown in Mexico City. New York, Los Angeles, Berlin, Tokyo, Trieste and Segovia. He exhibits this year in Madrid and Venice.

Tabuena and Wolfryd… is kind of archeological exercise: the excavation of an episode from the strata of the seventies in San Miguel de Allende and the reexamination of a dialogue between the two artists that was shaped in this city and that left its mark on it forever. 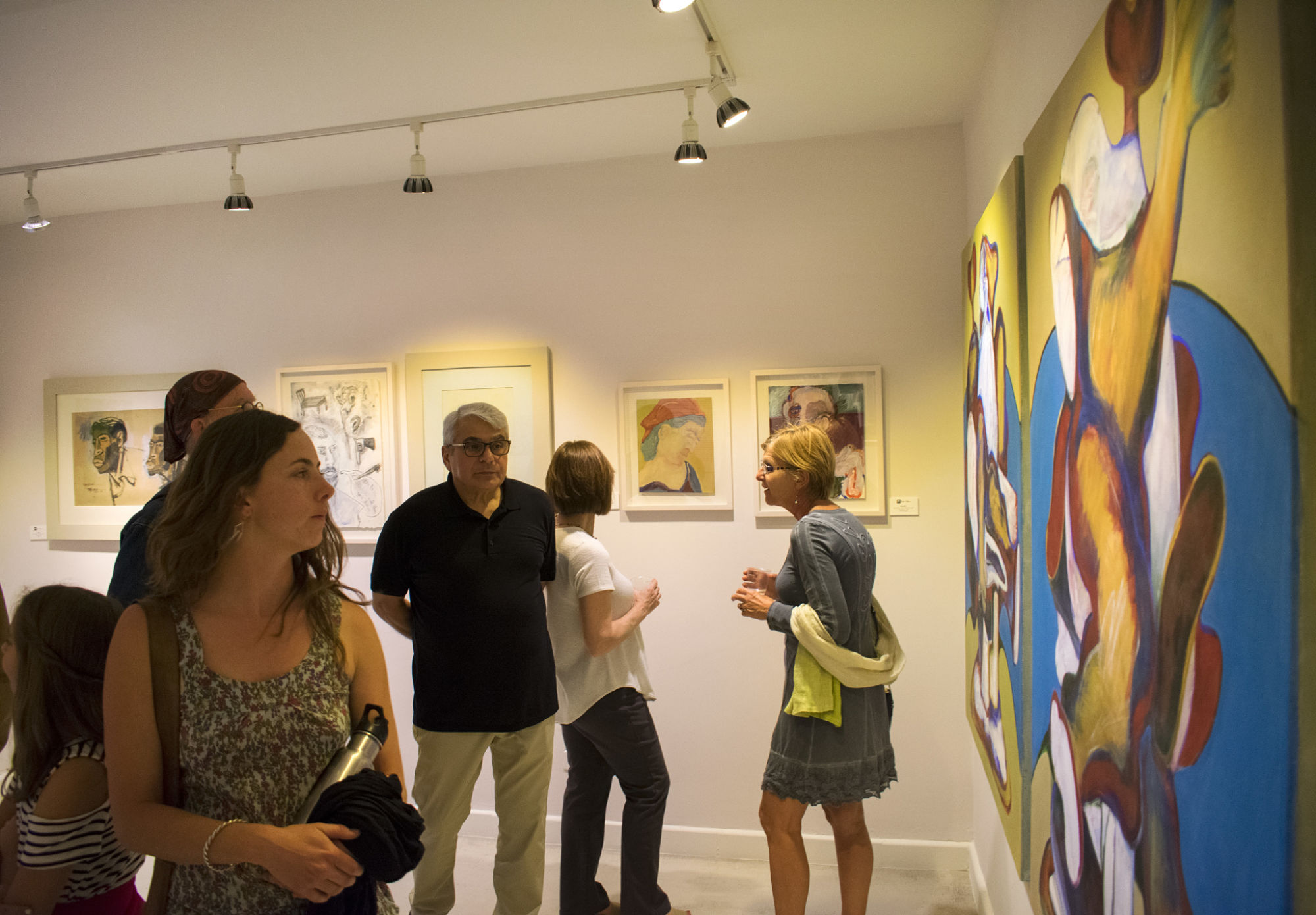 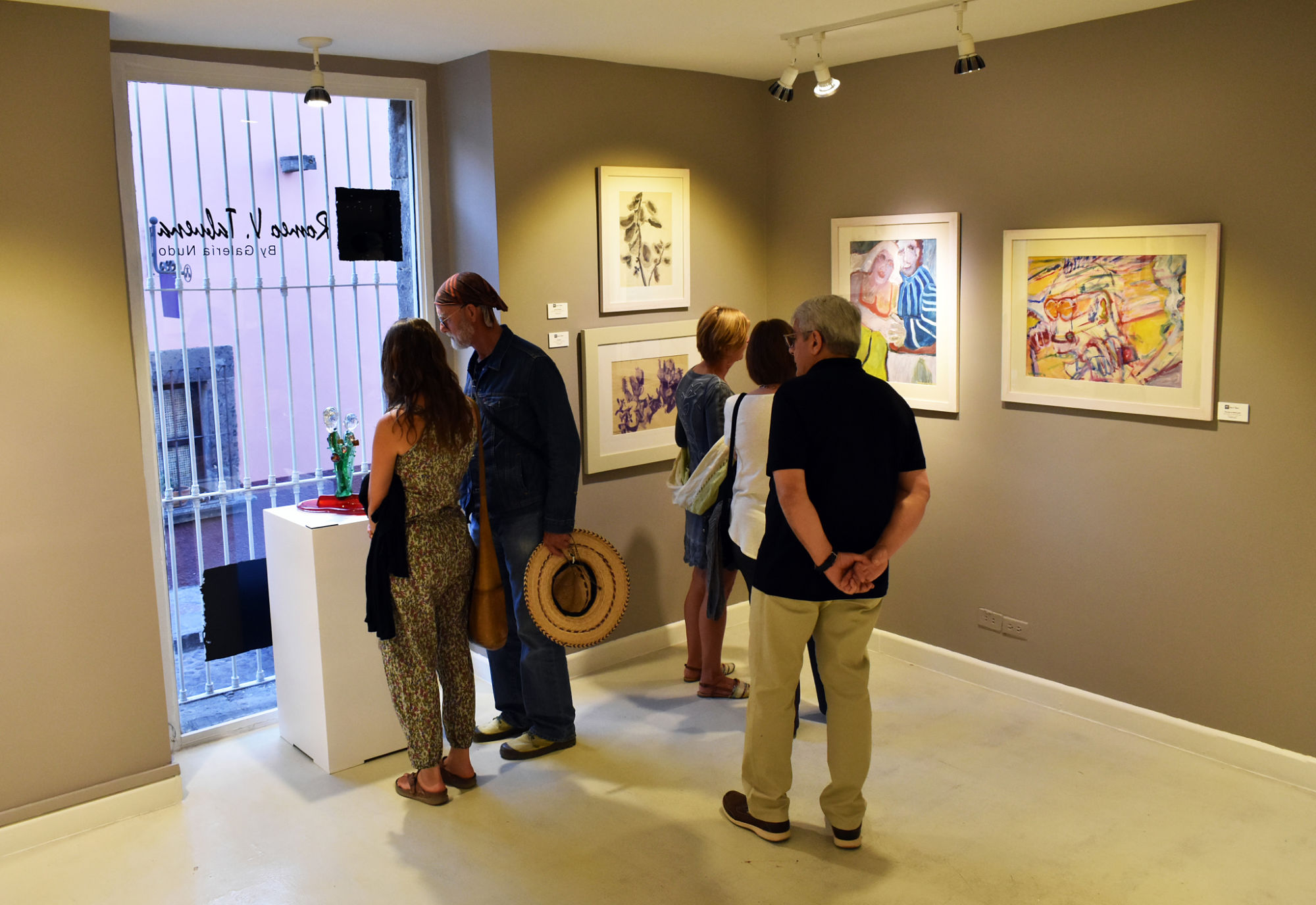 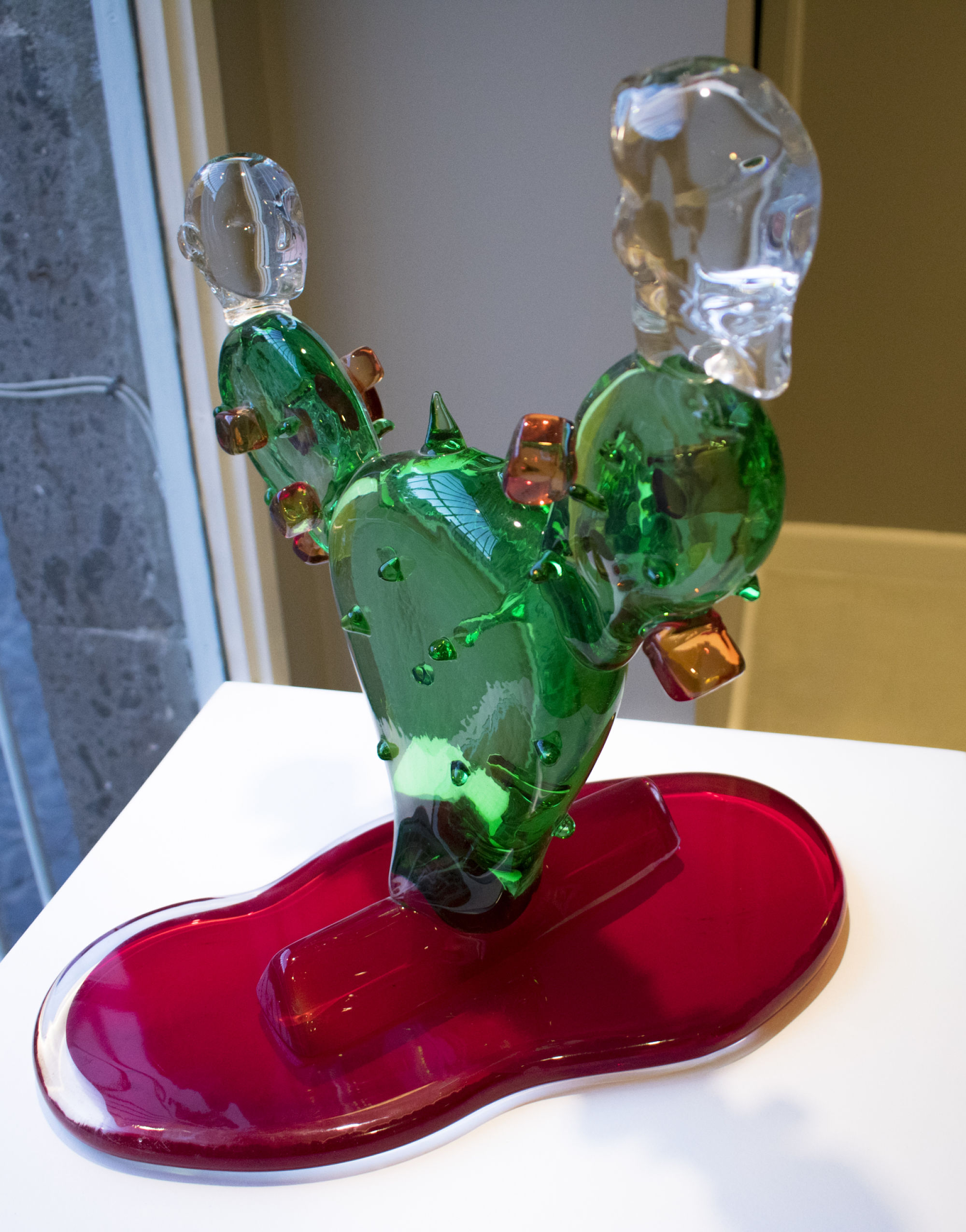 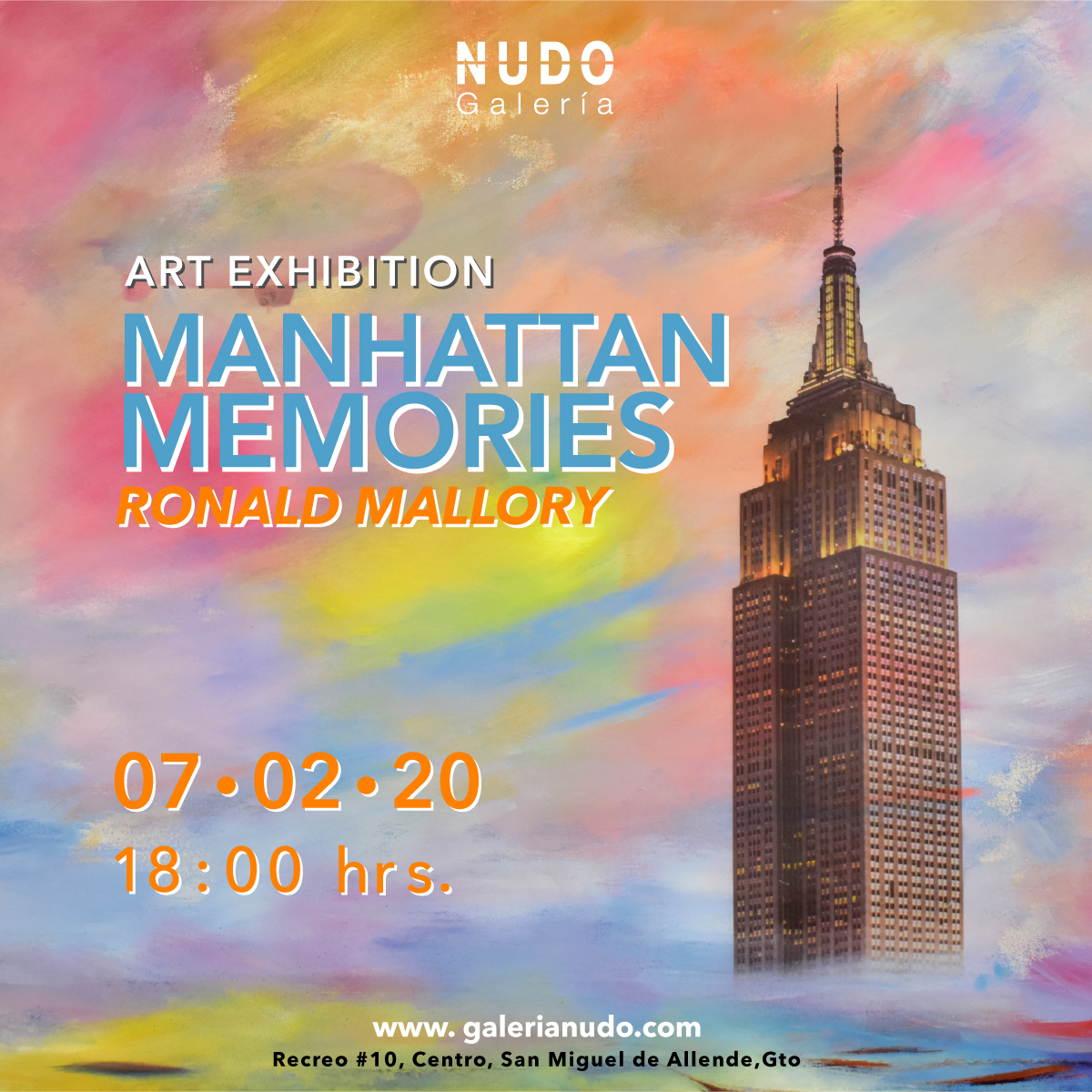 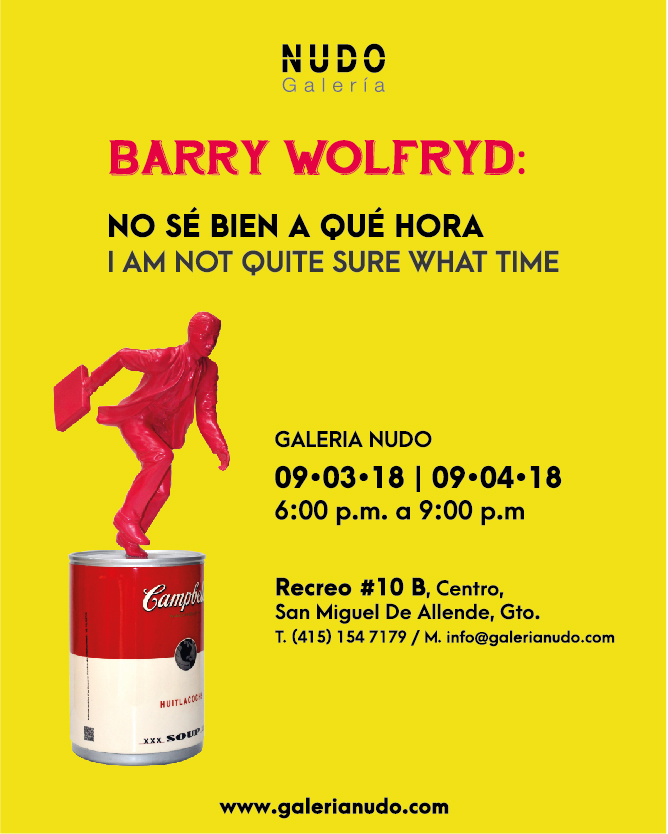 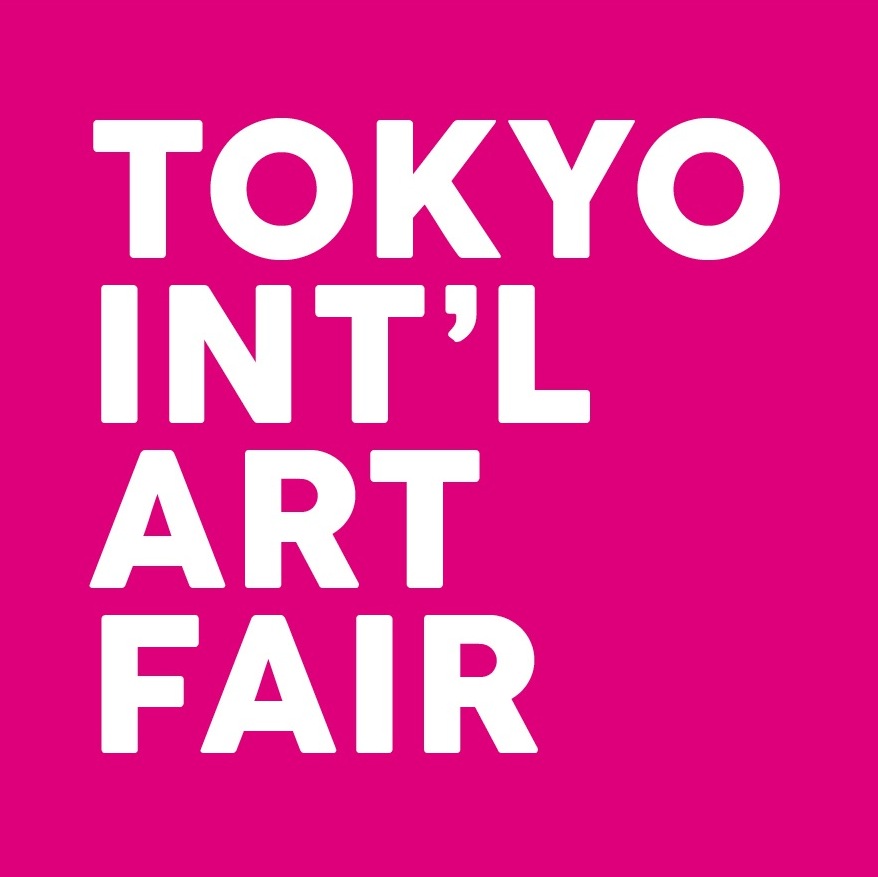 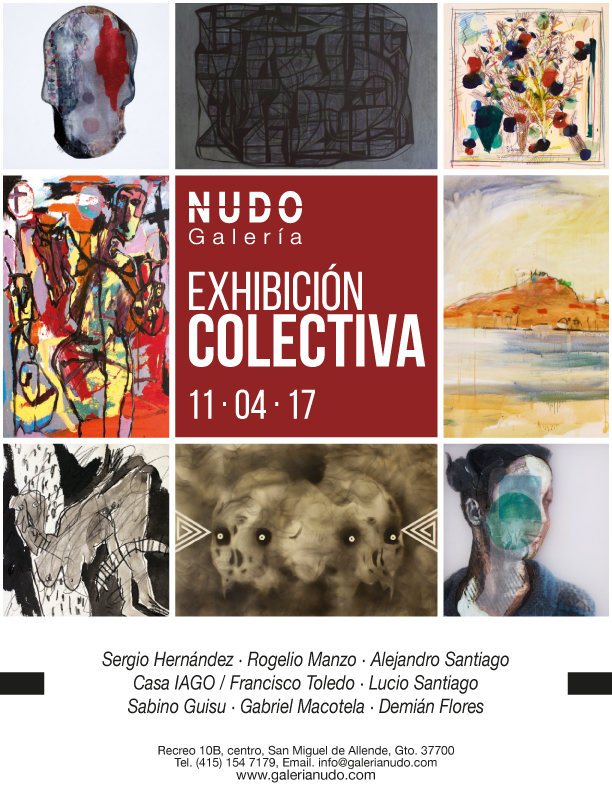 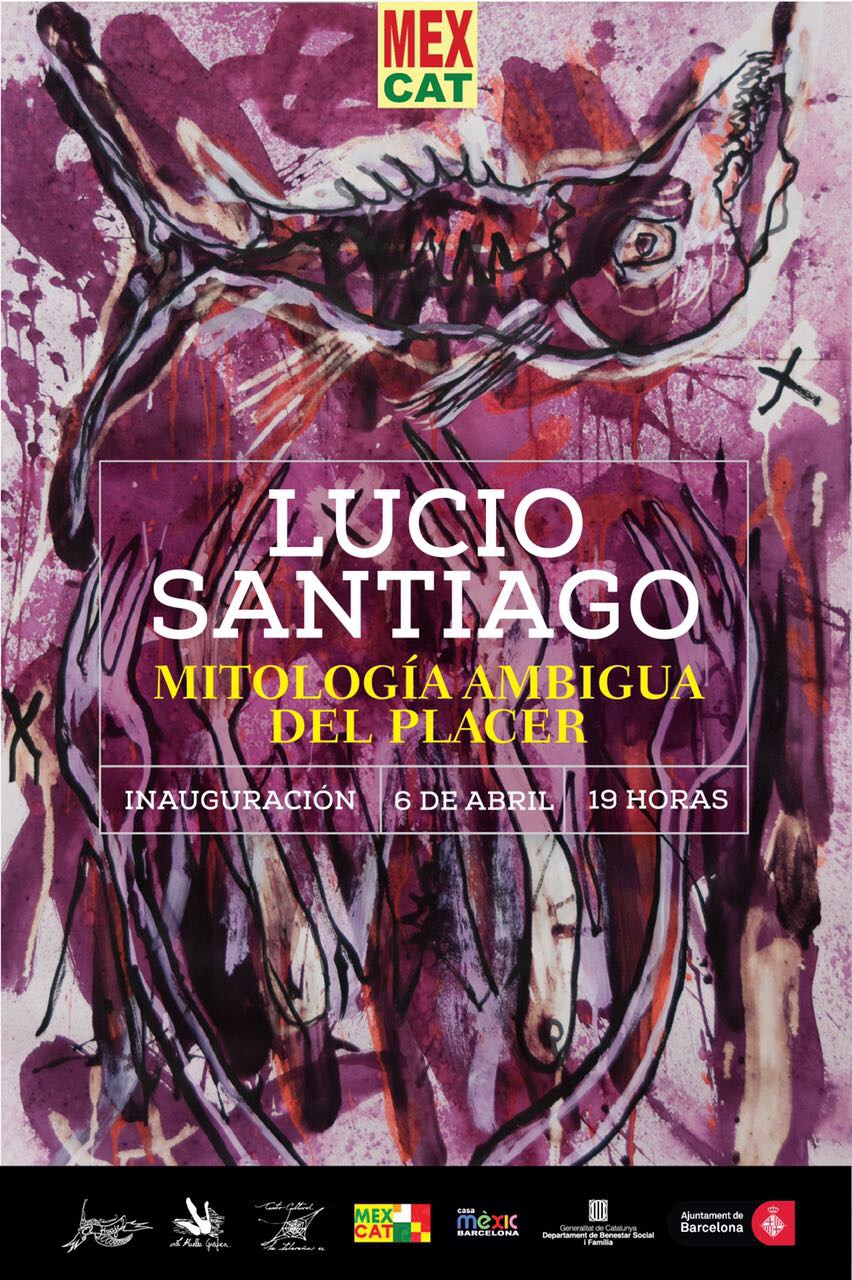 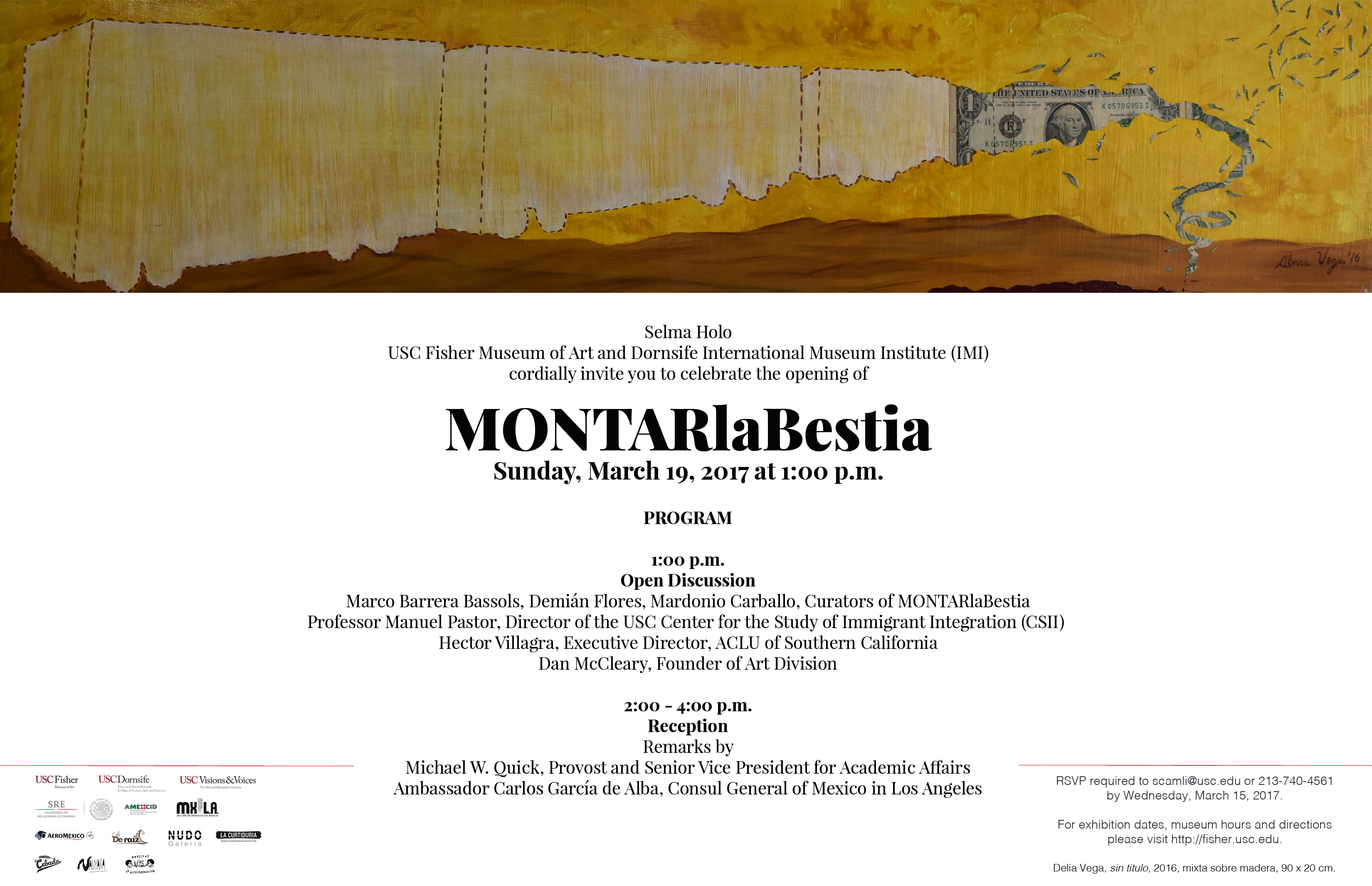 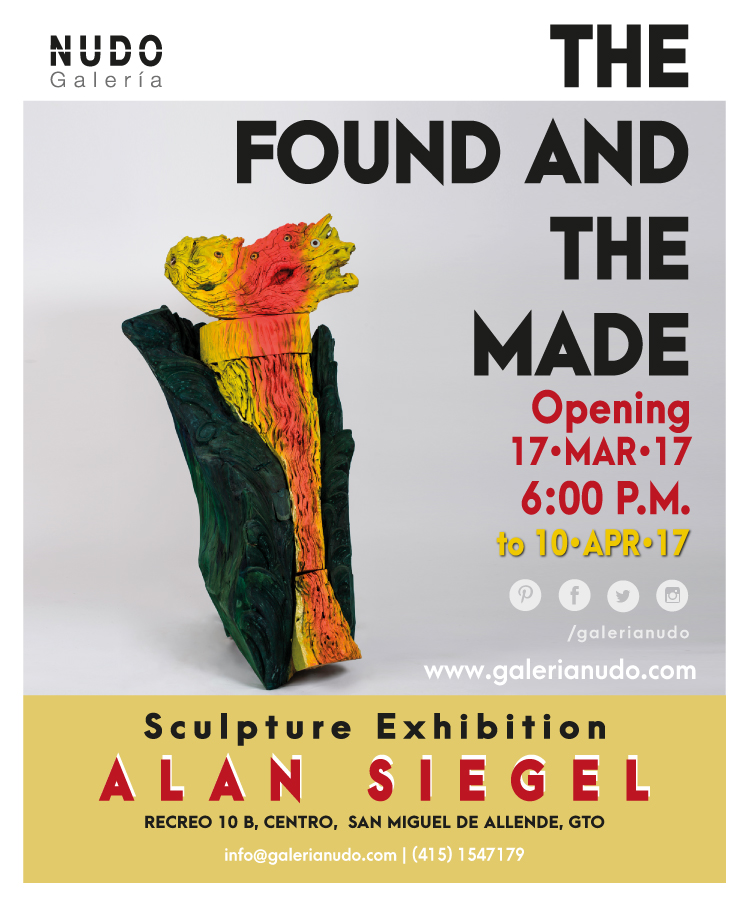 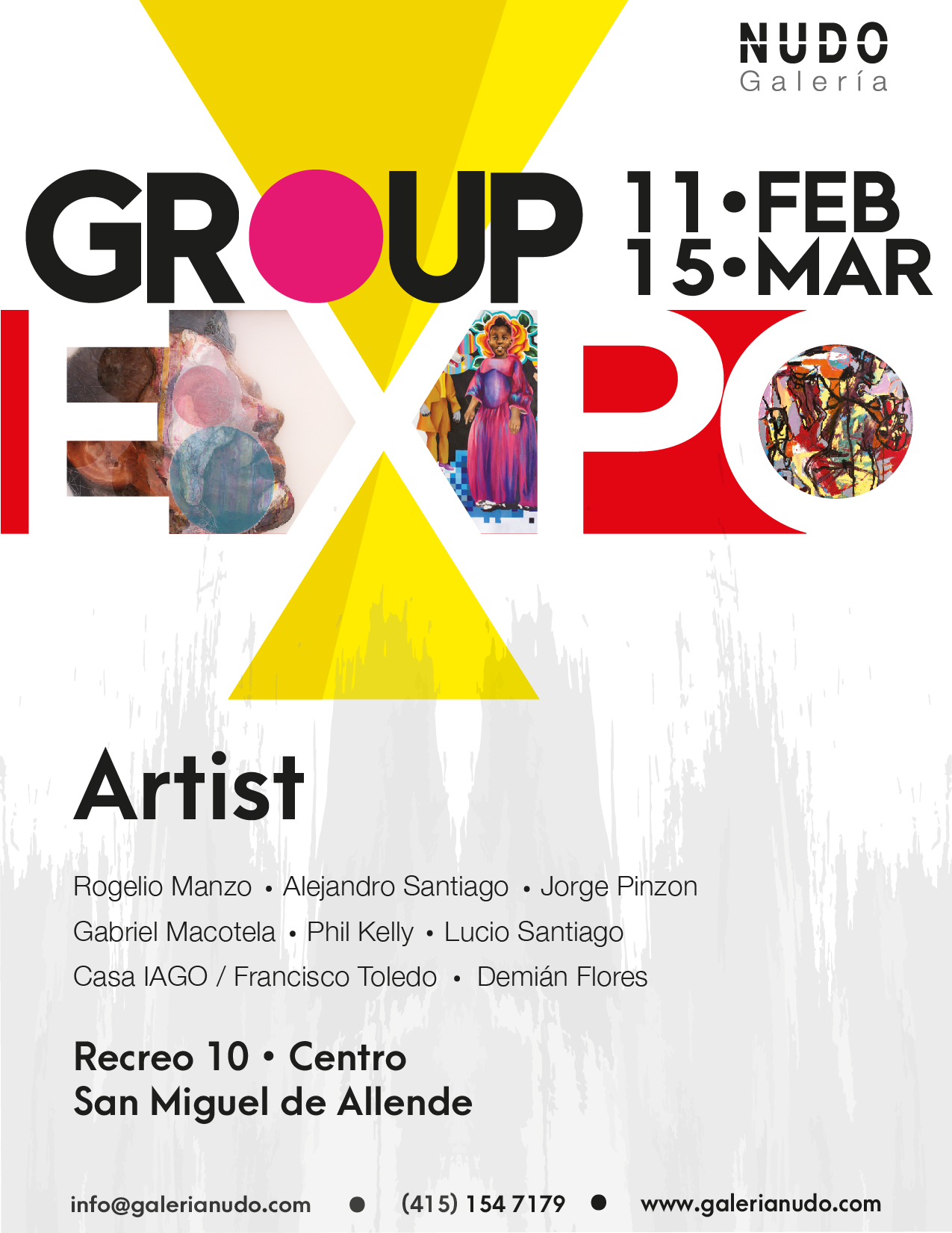 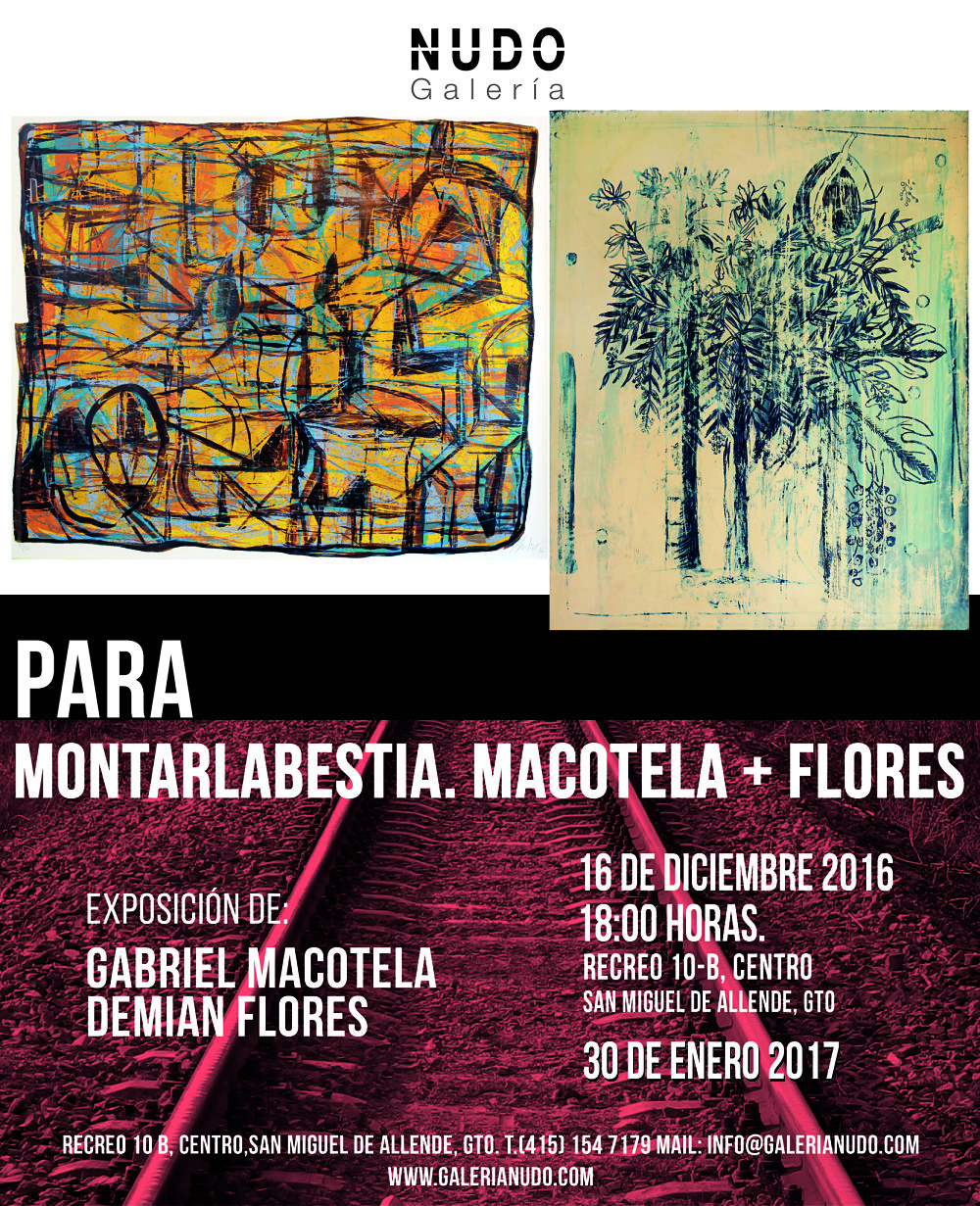 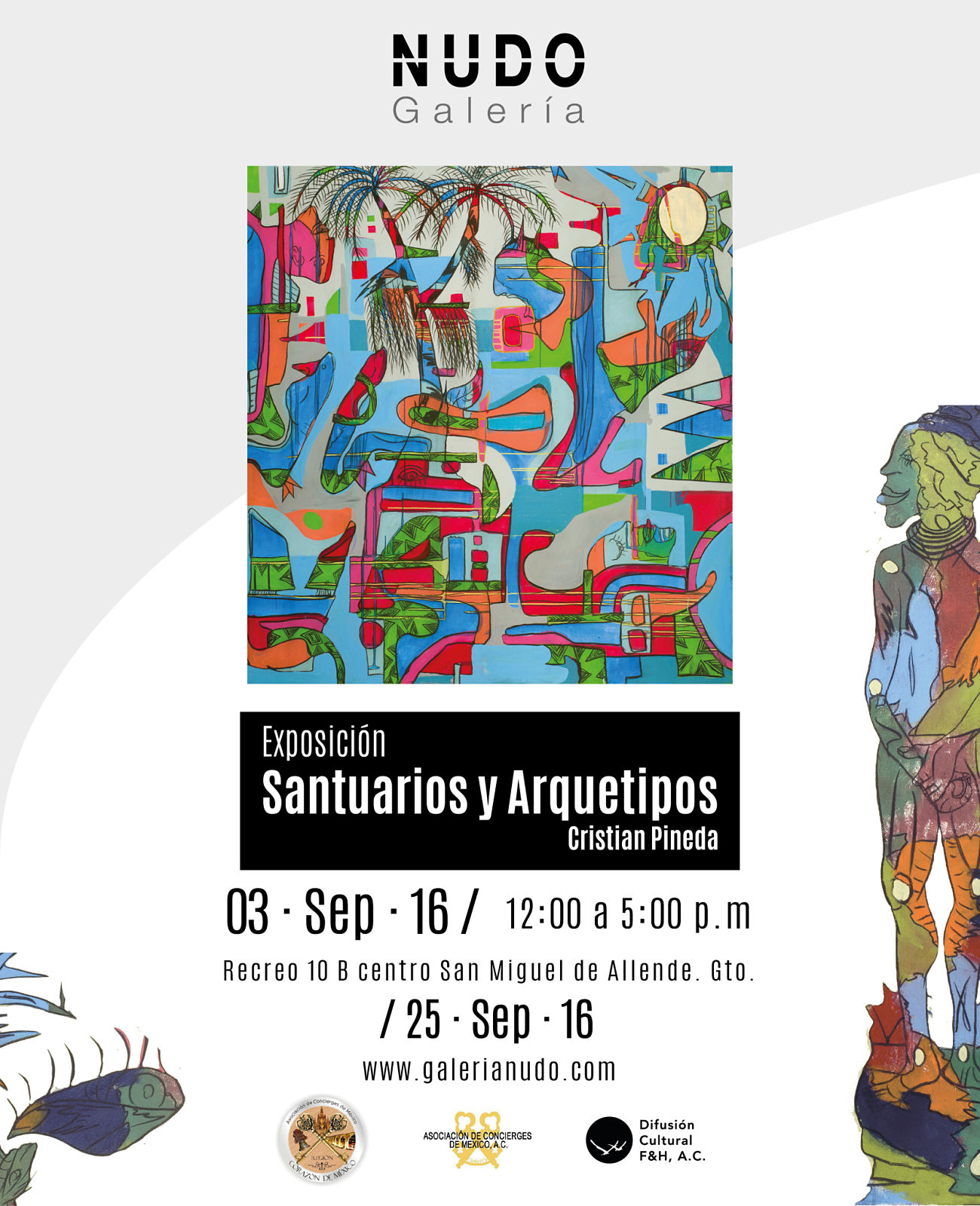 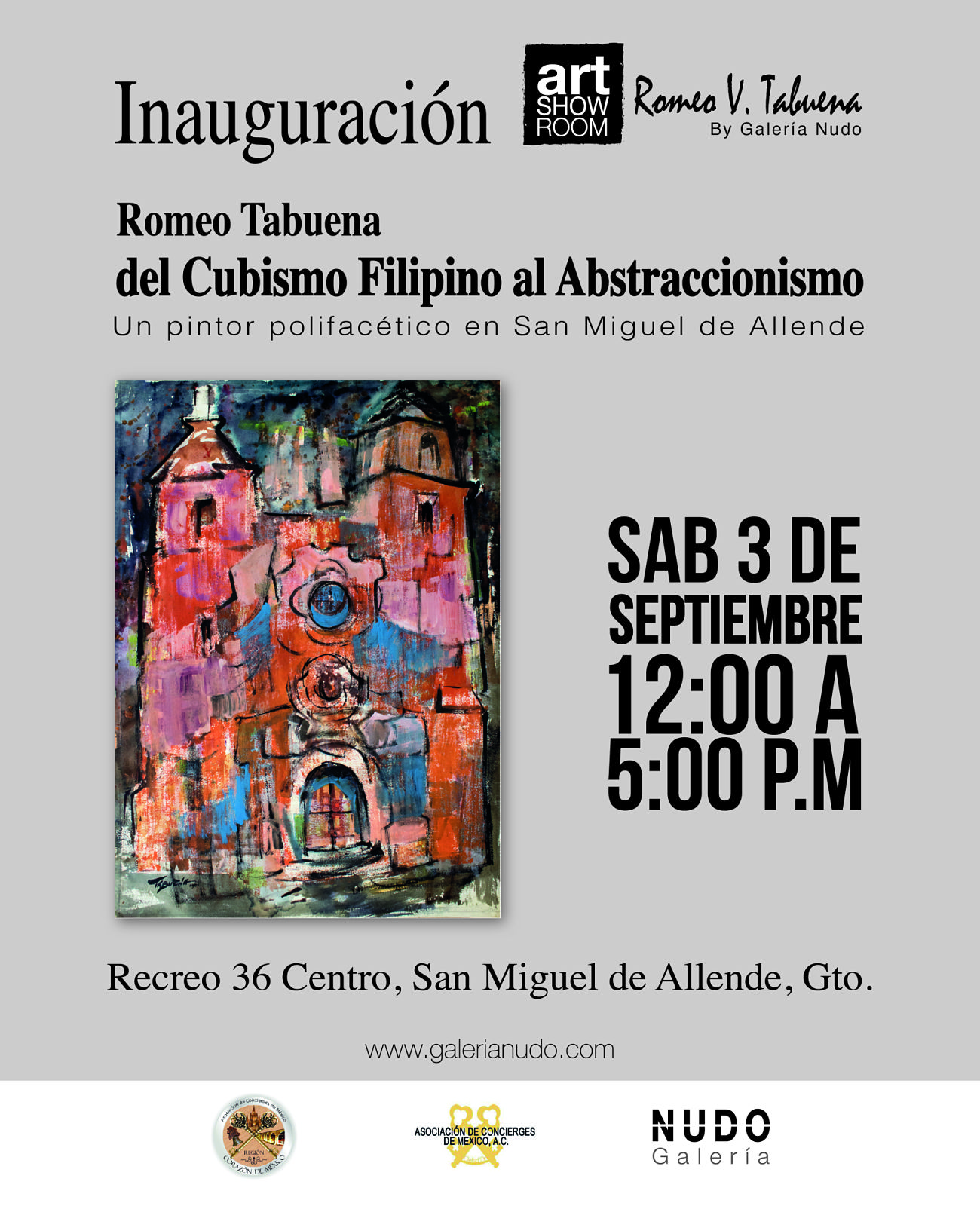